You are here: Home / ash scattering / Bronze Cremation Urns: Season of the Turtle

Turtles have always fascinated and repulsed me. There’s something about these prehistoric creatures that captivate. It’s turtle season in this part of the country. Usually by Memorial Day the turtles are moving but Spring was late this year and we’re just now having to dodge slow moving turtles on the road in rural areas. After a weekend at the lake I was amazed to see all the turtles in the water and sunning themselves on the rocks.

My grandfather lived in the country and would rescue turtles on the road, number their shells with nail polish and turn them loose on his farm. I used to see this guy on my walks who also ran a turtle rescue in the neighborhood. 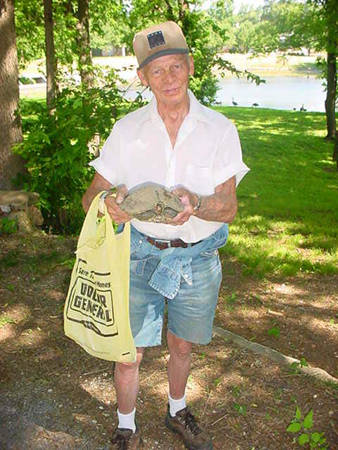 Last summer we had a client who ordered a bronze cremation urn for her husband who died while on vacation in Idaho. Her grown children picked the turtle urn because they felt the qualities of patience, perseverance and strength that were representative of their father were symbolized by this ancient creature. 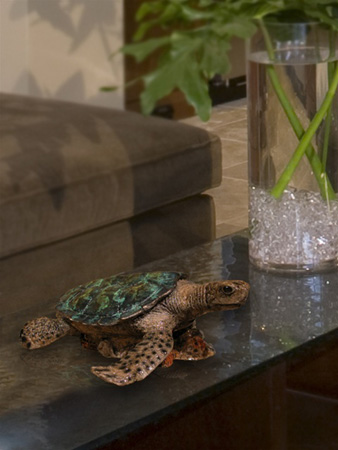 Some Eastern cultures believe that the turtle unites heaven and earth with the top of the turtle shell as heaven and the square on the bottom the earth while Native American lore uses the turtle as a symbol of land and water.

For families that want a small keepsake as a reminder of their loved one and are drawn to the symbolism of the turtle there is also an urn pendant that can be worn on a chain or as a charm on a bracelet. 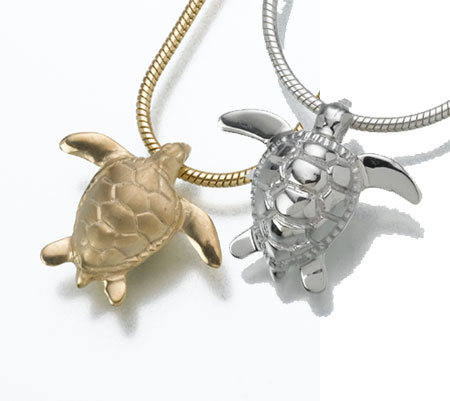 This pendant will only hold a tiny bit of ash and should not be worn while swimming. There’s also a paper turtle that is a small urn designed for an ash scattering ceremony in water. The urns are made in Haiti from newspaper and paper bags and hold just a couple of tablespoons of ashes. The biodegradable urns became available after the earthquake in Haiti as a way for the natives to help rebuild after the devastation.