You are here: Home / Advertising / Death On The Social Media Landscape 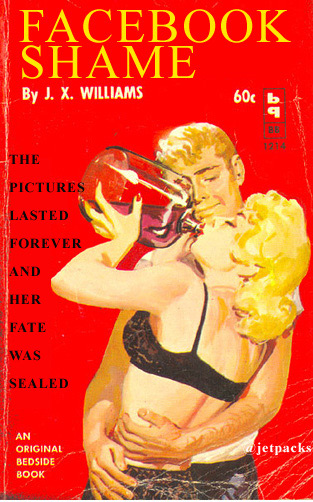 I’ve been struggling with blending death and social media since 2007. Trying to figure out how to make it work,  I started with a blog.  I’ve always been a scribe and began to mix business with items of interest. I had no idea what I was doing. The heaviest traffic to the blog were posts that were not relevant to my business. I thought this was misguided and focused on writing for the search engines to promote my product. The commitment it takes to churn out fresh content on death and dying left me cold. I burned out and lost interest.

That’s because posting about a more personal loss makes people — both the poster and the readers — uncomfortable. It’s awkward enough to figure out whether to like, favorite or respond to tweets and status updates bemoaning a bad day, a breakup or a tragic news article. When it comes to death, it’s even harder. No one wants to see morbid thoughts and ruminations about death sandwiched between cheery updates about last night’s party and celebrity chatter.

– Jenna Wortham of The New York Times, in a post about discussing death online

New venues opened. More Internet Mouths to Feed. Facebook, Twitter, Linked In, Pinterst, Tumblr, and along with sometimes sketchy characters called Social Media Gurus. We’ve experimented on some of the channels and results are mixed for the product that no one wants to buy. It’s been tricky to navigate web 2.0 and the grim reaper when you have a touch of anti-social behavior. Let’s just say I’ve lost “friends”. I’ve learned SO much. What I will and won’t do.  That I won’t be so eager for traffic that I’ll use the Kardashians as link bait to my site.

My background is in advertising, friends and former co-workers are also doing a digital dance, transitioning media buys, creative, and news to the web. I’ve been told by more than a few advertising professionals that death and social media is a bad idea. I think they are wrong.  True, urns are not as sexy as used cars, insurance, attorneys, and banks but over time I realized that the blog was working for me.  Older posts that were written without any knowledge of SEO ranked well and even converted into sales. Just keeping it real.