You are here: Home / Advertising / Brand Your Soul 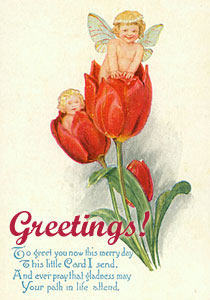 We’ve never been a fan of logo wear, although it’s hard to avoid. Never felt that we’d attract more attention by carrying a Louis Vuitton purse.  But for those who worship at the altar of advertising, you are in luck!  Now, you can brand your soul!

One of the funeral trade magazines report that Lifestyles Casket is hoping to cater to American consumers by offering branded caskets.  The most popular style is designed by Nike and Alexander Julian.  The Nike swoosh adorns the exterior of the hardwood casket and the interior utilizes the same material Julian used in basketball uniforms. Made in China.

For feminine tastes, the company offers a design from Cindy Crawford Furnishings and Martha Stewart.

Harley Davidson, Bose and Lexus are among the other premier names available, with the companies logos prominently displayed on the casket’s exterior.

We couldn’t find any pix or press releases on the internets to support the official launch of this product line.

There are some Harley “inspired” items out there, this casket for one: 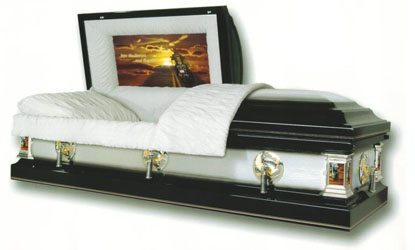 The Silver Eagle with detachable handles that you can save for a “keepsake”.

El Camino Memorial in California uses the hearse that has already received lots of attention. In the first funeral, the young man who died was placed in a gold casket inside the coach. The funeral home offices were flooded with calls from people who thought a celebrity had died.

Today’s tip for better living:  Just Do It!