You are here: Home / Advertising / Welcome to McDonalds

Customer service note: While catching up with one of our interns who resides in the Orlando, FL area he mentioned visiting a McDonalds at about 3:30 AM. Intern places order at the speaker and is told that despite being open for business at this hour, they have a very limited menu, no chicken, no beef patties, just buns apparently. Intern says, no thanks, he’ll move on. Order taker replies ” Thank you for choosing McDonalds, now go suck a d–k!”

Now board the time machine (or leave) more notes from Grandfather’s diary: This first entry isn’t dated, and probably occurred several weeks after the bombing at Pearl Harbor, late December 1941 or January 1942.

“It was quite a shock to see what the Japs had done to that place. Battleships were laying all over the place. We took off from the Yorktown just off shore in Pearl Harbor and flew into Ford Island but Ford Island was in no shape to receive aircraft so we proceeded to Eva Field- a Marine air base out near Barber’s Point. We did make some low passes out near Barber’s and that picture will always be indelible in my mind. The Oklahoma was bottoms up. The Nevada was beached in the channel and the Arizona was fifteen feet under water at her berth, completely destroyed down to a hulk. 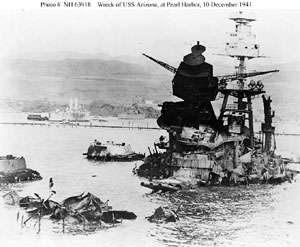 The U.S.S. OGALALA, an underwater mine vessel was sunk right in the middle of the harbor. Her crew scuttled her before the Japs got a chance to bomb her. If they hadn’t done that, I’m sure Pearl Harbor would be a few feet deeper because that ship was loaded with mines when the attack started. Fuel oil was all over the place- at least four inches thick.

We got replacements for our planes and crewman that we had lost. There wasn’t much frolicking going on around Honolulu in those days. There was a 2100 curfew, it was asking to get shot to be out after dark.

Man, that Eva Field was a feeder. Those Marine cooks had an outdoor barbecue pit rigged up and they served the darndest barbecue beef you ever tasted. After the food we had been eating aboard the Yorkamaru, that was heaven. We all ate like there was no tomorrow and for some of us, there wasn’t…… 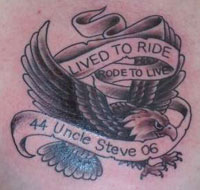 Today’s tip: Spend the day with a toddler.