For clients that are mourning the loss of a pet or just have an interest in Egyptian culture, Bastet and Anubis urns often appeal to those customers. It’s no wonder that Bastet is preferred among cat people. 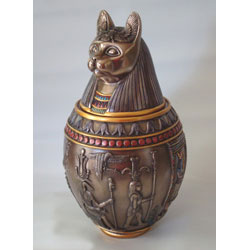 The classic canopic jar style is large enough to hold not only the ashes but has room for a collar and maybe a small toy. A smaller marble cylinder shape is also available with Bastet perched on the top adorned with a gold breastplate and a hoop in her ear. 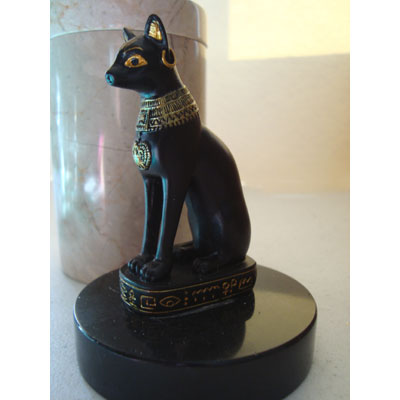 The role of cats in ancient Egypt is nothing like the role they play today. Back then, felines were protected under very strict laws and were held to very high esteem. Many cats were said to be connected to a number of gods and goddesses and were commonly referred to as demi-gods. 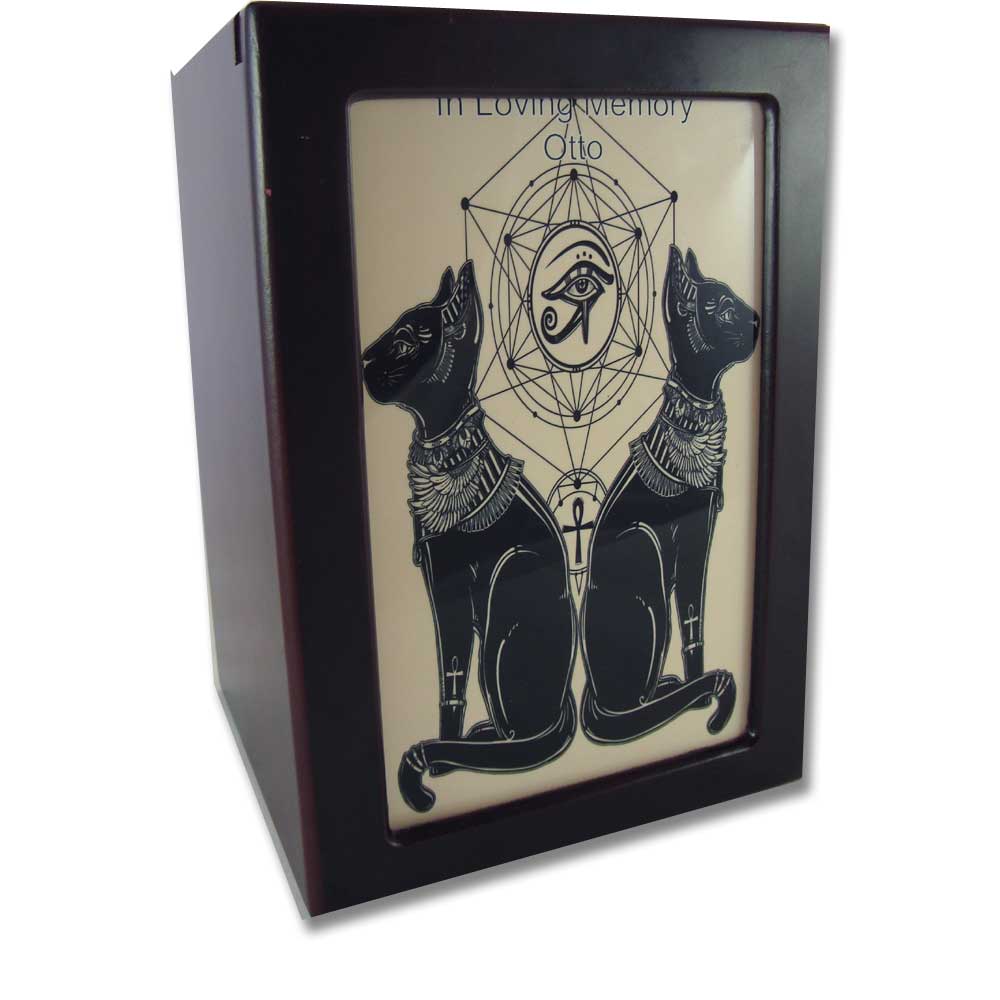 Because ancient Egypt was a largely agrarian society, it was overrun with rats, mice and snakes, all which threatened the crops and grains. It is believed that the Egyptians wanted wild cats to prey on these scaven-gers so they began leaving food out at night so the cats will come back. As time went on, the trust between the cats and humans grew to the point that the felines started living indoors with the Egyptians and becoming domesticated.

As the relationship between cats and humans grew, the animals became friendlier with the Egyptians and were loved and respected by their human counterparts. If a person harmed a cat in any way, whether it was intentional, then he or she would be punished. Whoever killed a feline during these times would be put to death. The Egyptians’ love for cats was so great that they surrendered to the Persians instead of allowing that army to harm or kill the animals.

Finally, when cats did die, they were mummified just as the humans and placed in one of the many cat cemeteries along the Nile River. Their human owner would go into mourning and shave their eyebrows.

Known as the cat goddess, Bastet symbolized both the war-like and domesticated cats during ancient Egyptian times. Originally called Bast, she was the goddess of warfare in the Nile River delta region before the unification of ancient Egypt’s cultures. During this time, she is depicted as a fierce lioness or a woman with the head of a lion. Around the 18th century BC, Bastet, the daughter of Ra, the sun god, took on the form of a woman with the head of a cat and further emerged as an Egyptian cat goddess. She was both aggressive and vicious, as well at times docile and gentile.

If Egyptian urns are your style, check out the complete collection for people and pets.