You are here: Home / Featured Products / Cats in Culture and Cremation Urns

Our series on spirit animals continues with the revered cat. Occasionally, we get requests for a cat themed urns for humans. It’s not the crazy cat lady that they are shopping for, often, it’s for the love of cats and reflecting the feline personality. Egyptian styles are popular, like this one inspired by the ancient canopic jars found in ancient tombs.  This style is too small to hold all of the ashes for an adult and typically is used for pets. 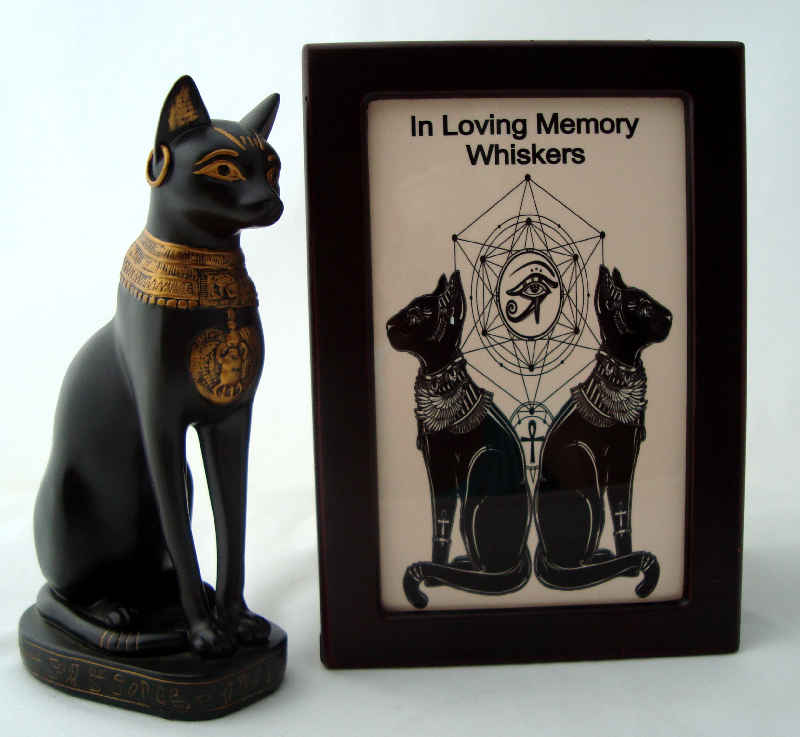 Since ancient times, people have sought visions from Mother Earth’s animals. Many have received signs and messages from the various species of cats, which tell us to that we need to develop a balance between independence and time of togetherness. A cat’s totem spirit tells us we should have harmonious relationships between action and observation and light and darkness. 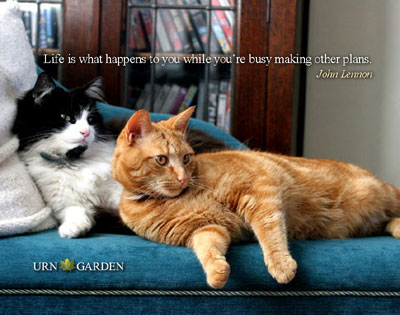 The cat spirit carries many messages and meanings that revolve around finding balance between opposites. Cats traditionally symbolize:
•    Patience and waiting for the right time to act
•    The spirit of courage and adventure
•    Independence and enjoying being social with others
•    Relaxing and making a connection with one’s self
•    Healing, first the soul and then the body

Normally active at night, cats have been connected to witchcraft and dark magic arts. As a spirit animal, cats have the ability to explore places not normally seen in the dark. Start exploring areas of your life that you want to know better.

Independence, Agility and Flexibility
Cats are independent creatures by nature. They can be cute and cuddly or fiercely competitive if need be. If you foster a cat’s spirit, you will want to explore the need for freedom and independence as well as time with friends and family.

Cats are characterized by their agility and flexibility. No matter what the circumstance, they always seem to land on their feet! By honing a cat’s totem,  you are encouraged to be flexible in many situations, whether in body, spirit or mind.

Cats in Culture
Cats are an ancient Celtic animal, representing the guardian of the Other world. They are stoic, silent and mysterious. In Western traditions, black cats are often associated with witchcraft and the perils of the night. However, in ancient Rome, cats were sacred to the moon goddess Diana and were considered a guardian of homes.

For Muslims, the cat is praised for saving Mohammad from being attacked by a snake. Many believe the “M” marking on a tabby cat is the sign from the prophet Mohammad. Ancient Egyptians felt that their cats were sacred and were portrayed on the forehead of Bastet, their lunar goddess.