You are here: Home / Confessions / Father’s Day and the Circle of Life 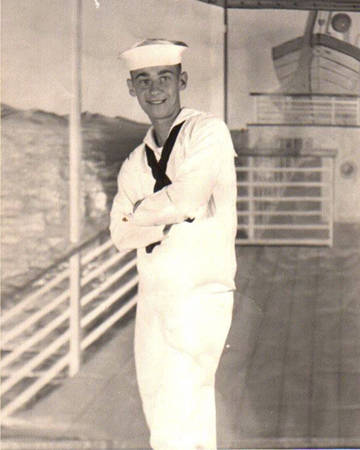 Father’s Day is quickly approaching and for those whose dads are no longer alive, a sadness is cast over the day. My father died unexpectedly in 2001 at the young age of 73. He was very sick and found out it was cancer, but it was too late to do anything about it. He passed away within a week or so of the diagnosis.

I am his youngest daughter out of eight children, and I live the furthest away. As a born and bred Ohioan, he was very true to his faith and himself. He struggled and worked very hard throughout his life to provide a home for his family. I know it wasn’t always easy, but he did his best.

When I got the call that he was in the hospital, life stood still. My mother was out here in California visiting, so she flew home immediately. I went back a few days later when things were looking grim. I wanted the chance to say good-bye. I remember sitting at his bedside, talking about my family, which at the time consisted of only my husband and I. The previous year, my daughter passed away at birth, so I was all too familiar with the pain and grief of losing a close family member.

He asked me when we were going to try again for another child, specifically a grandson. I told him when the time was right, we would try for another baby. I don’t remember much of the conversation, although it turned out to be our last. He had surgery the following morning and slipped into a coma. He died three days later.

After the funeral, the words of him wanting me to have another baby rang through my soul. I couldn’t shake the feeling that maybe it was time. And it was. Two days after his funeral, I found out I was pregnant with my daughter. She’s feisty, loves Johnny Cash music and dislikes pizza — all of the qualities that stood out in my father. If I didn’t believe in the circle of life, I did the day she was born. As for the grandson he wanted me to have? He came along a few years later and carries my father’s name as his middle name very proud!

About the author: Mary Beth Adomaitis is a freelance writer living in Southern California with her husband and two living children. After her daughter’s death in 2000, she began writing about Death and Dying topics as a way helping others going through the tragic loss of a child. She can be reached at mba317@mac.com