You are here: Home / Confessions / Patrolling the Edge 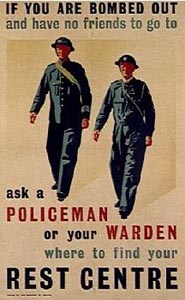 Today we are featuring the work of field reporter and GONZO journalist Ron Davis. The subject matter is grim, the writing style is stellar. Stop here if you are squeamish. Rated R for language and gore.

PATROLLING THE EDGE
by Ron Davis

WE ARE ALL the same. True bastards will vigorously deny the fact, swearing to their assorted gods that everyone is special, everyone is unique. They are full of shit. We are all the same.

Attend an autopsy. Watch the pathologist slice through the skin and blubber to the — heh heh — guts of the matter. Virchow’s method demands the individual removal and examination of organs; you see the lungs, the heart, the engines that let us live. Kidney, liver, spleen — check. I got ’em, you got ’em, the corpse on the table gots ’em, too. Or had ’em, until the pathologist got his stubby hands smeared with viscera.

I once had the pleasure of watching an autopsy with Wing, the legendary photog. The assignment was a profile of the pathologist, and even though editors didn’t require us to witness the cutting of the flesh we swiftly decided that Goddamn right we had to watch an autopsy, we were required by the Higher Power of Journalism to see the bod, be the bod.

Path-Man was doughy, with pale skin and a warm yet creepy demeanor; he had a wonderful laugh explaining the delicacy required to remove the brain from its pan. “If you’re clumsy — HA! — the brain falls apart on you.” Not a bad bedside demeanor, as docs go. Too bad he only worked on corpses.

They wheeled in a large woman who had been found dead in her car. Carbon monoxide was the assumed cause of death — COD to those who work with corpses — and suicide was the presumption; but because she had reportedly been arguing with her husband, suspicion remained.

Path-Man and his trusty assistant unzipped the body bad and hauled the woman onto a steel table that boasted a flexible hose with nozzle, identical to the one in most kitchen sinks. Yellowish liquid leaked out of the corners of the dead woman’s mouth; Path-Man took aim with the nozzle and hosed away the gunk like a teen washing stubborn mud from the fenders of a new-to-him car.

He and the assistant rolled her this way and that, began an external examination. White female, no obvious signs of trauma, some lividity in her buttocks and the backs of her thighs. Out came the knives.

Wing and I had both read about the Y-incision — a cut from each shoulder joining at mid-chest, then descending to the pubic line. Path-Man’s knife zipped through the woman’s torso, the only sound being a vaguely wet parting. Virtually no blood, even when Path-Man deepened his wounds to the rib cage and sternum and pulled back the flesh and fat.

Path-Man chatted us up as he snipped cartilage to free the sternum from the ribs. “You remember the case where that guy claimed his girlfriend stabbed herself through the breastbone?” Clip-clip-clip. “Such bullshit. You can’t stab yourself to death that way.” Snip-snip. “I’ll prove it to you in a minute.”

He finished freeing the sternum and laid it on an adjoining surface, then picked up the biggest Goddamned knife I’ve ever seen — the blade alone was almost a foot long, a Steely John with a sharp point.

Path-Man wielded his knife like a samurai, lifted it above his head with both hands, then thrust straight down into the sternum. “Didn’t go all the way through,” he announced triumphantly. “Don’t tell me that girl pushed a little knife all the way through her sternum.” He rocked his blade free, like a wood splitter pulling his axe from a stump.

He used the long knife several more times — freeing intestines, cutting through organs, generally terrorizing his visitors. When Path-Man gestured with his knife he looked every inch the Mad Professor, eyes glittering at the gore on his blade. By now Wing and I were in a corner of the room, trying to keep safe distance between us and the instruments of dissection.

Maybe it was the way Path-Man removed her brain. First came the hairline incision, behind each ear and around the back of the head. Then the sound, almost like Velcro being taken apart, as he grabbed her scalp and brought it forward until it covered her face and exposed the skull.

He used a vibrating saw to cut through the skull, leaving a notch in the middle of the front for later alignment. When the skull was pulled away there was a faint sucking whoosh, almost like opening a jar of vacuum-packed peanuts.

I looked over at Wing, who fired away at the corpse, bouncing lights off her scalp, her belly, her feet. The yellow layers of fat in her splayed gut were striking, butter-pretty as spring jonquils. In fact, everything inside her body was beautiful, a colorful jigsaw that, once taken apart, couldn’t be repackaged with such precision.

Path-Man dissected each organ, kept back a sample from each, discarded the rest. When the pathologist replaced the skull and pulled the scalp back off the woman’s face, she was literally brainless.

Not quite four hours after it began, the autopsy was over. The woman’s shell was returned to its body bag and wheeled out to the door to a hearse that would take it to a funeral home. The pathologist and his assistant hosed gore from the table and their blades, shrugged off their scrubs and, smiling, posed for a picture or two.