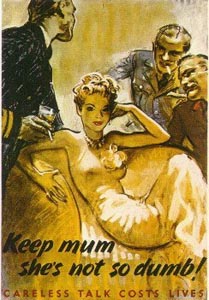 This post might have to be a mini-series, but as funeral directors are tempted to expand the profit margin with Chinese caskets, you must prepare for the likely hood of quality fade. It won’t happen right away, it’s usually the after line is established and a guaranteed profit producer.

It’s an issue we are dealing with currently and will address this week. It’s not isolated to the Chinese imports.

Here’s what happens with quality fade according to Forbes magazine: “a deliberate and secret habit of widening profit margins through a reduction in the quality of materials.”

Importers usually never notice what’s happening; downward changes are subtle but progressive. The initial production sample is fine, but with each successive production run, a bit more of the necessary inputs are missing.

The key word is progressive. Once the manufacturer hits on a hot line, they beef up the bottom line by skimping on the details. Wood becomes a cardboard blend. Metal work is plasticized. Enamel and craftsmanship a little thinner. Once this trickles down, your distributor can’t guarantee a quality product.

Back in April FuneralWire ran a piece on How much money can really be saved by carrying Chinese caskets?

Build-quality concerns have largely faded, and many business-advisors to the profession say there is no meaningful quality gap today between Chinese-made and American-made caskets. According to the Casket and Funeral Suppliers Association of America (CFSA), 22,280 Chinese-made caskets were sold in the U.S. last year, up 71% from the roughly 13,000 sold in 2005. That 2006 count still represents just 1.3% of all caskets sold domestically, but the trend line is unmistakable; many in the business believe that Chinese-made product will dominate U.S. casket sales a decade from now.

“Build-quality concerns have largely faded.” Because the quality is good! The quality degradation won’t hit for several years, until more of the market is captured.

American casket manufacturers will blanch when I say this, but NOW might be the time to buy a container of Chinese caskets.