You are here: Home / Confessions / GW- First in Our Hearts 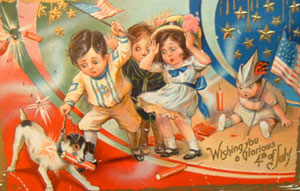 George Washington, 6’3, built, and athletic. Graceful dancer, dignified war hero…but that powdered wig……and maybe not the best dinner partner, very quiet and not much to say. But he was one of the most successful businessmen in Virginia.

He had plenty of slaves to keep the plantation productive, and was said to be a good master. It wasn’t until the war years when he led a racially integrated army of African American soldiers when he started rethinking his views on slavery.

He never spoke out publicly during his administration as commander in chief. In the summer of 1799, six months before he died he drew up his will, in his own hand and stated that upon the death of his wife all of his slaves would be freed. Slaves that were too young or old to be independent should be supported as long as needed. The young were to be cared for until age 25 and be taught to read and write. The will was published and circulated around the country. To a nation that was not yet ready for the message.

Source: Revolutionary Characters, What Made the Founders Different by Gordon S. Wood